Update: Changes to the Planned Update on Future Development on Starclaw: Battle of StarSpace Nebula

Hello, everyone, it’s Kyle from Cenokga.

This is an update on the future development of Starclaw: Battle of StarSpace Nebula. The game in it’s current state has removed from sale on Steam. Even though it has had numerous updates and improvements since it’s release in June 2020, it’s active player count and sales have not been as expected. Along with this, the Starclaw franchise will be re branded to a different same, and some of the gameplay aspects will be overhauled.

Because of these things, Cenokga has made the decision to remove Starclaw: Battle of StarSpace Nebula from sale on Steam.

If you currently own Starclaw, you might be asking a few questions:

What will happen to the game page on Steam?

Starclaw: Battle of StarSpace Nebula will still be playable for the one’s who have either bought or have been given a Steam Key. However, this version of the game will not be receiving anymore updates except for a few bug fixes.

Why is Starclaw: Battle of StarSpace Nebula Being Removed from Steam?

It is being removed from Steam, because the quality of the game since release was not what Cenokga had planned it to be. And instead of trying to fix the current version, and market the current and future improvements, to current and future players as being viewed negatively, Cenokga has decided to remove it from Steam, and re-release a whole new version at a later date with a re brand, improvements to gameplay, features, visuals, story and more.

I also didn’t want to leave up a game for sale that does not meet the quality standards that Cenokga has for it’s games. It would be better for both potential costumers and Cenokga to remove the current version from sale on Steam.

I have also found out about the name “Starclaw” being used else ware as part of another product. And instead of changing the current Steam page which would require re naming of all mention of Starclaw and renaming the game exe, an entire new version has been decided. The other use of Starclaw is not registered at the USPTO at time of writing, but to avoid any future issues, a re brand has been decided.

Is the Starclaw Franchise Being Cancelled?

No. The Starclaw franchise itself is not being cancelled. But will be re branded with a different name and will be re-released being basically the same base game, but with all of the added improvements that were in Starclaw: Battle of StarSpace Nebula and some of the gameplay aspects will be overhauled.

What Platforms will the New Version be Released on?

Is there an Estimated Release Date?

The release date is to be announced. As Cenokga has other project currently being worked on. 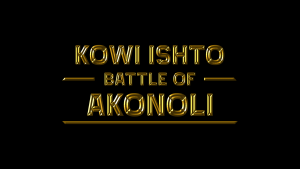 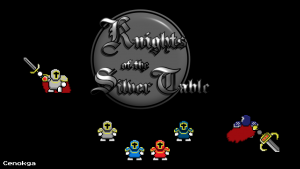 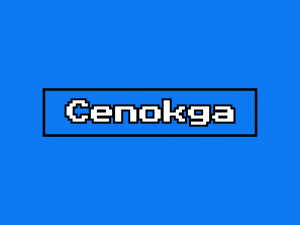